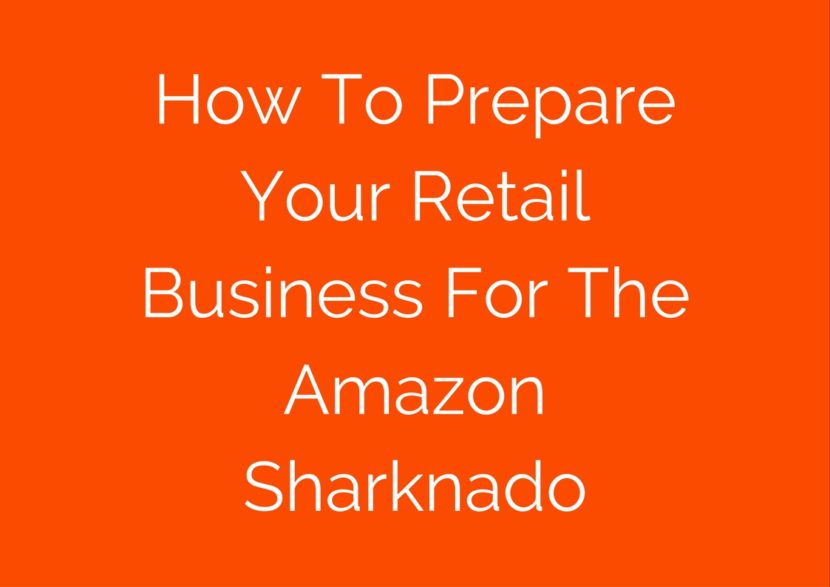 A review of the Amazon retail challenge

Like it or not Amazon are coming to Australia. For consumers, more choice, great service, lower costs must be an exciting prospect.

But for many retailers it’s a potential catastrophe.

So what can you do?

The Facts – In case you need reminding

Amazon, is an American electronic commerce (eCommerce) company founded in 1994, by Jeff Bezos and is based in Seattle, Washington.

In 2015, Amazon surpassed Walmart as the most valuable retailer in the United States by market capitalisation.

It is the largest Internet-based retailer in the world by total sales and market capitalisation. Amazon is the fourth most valuable public company in the world, the largest internet company by revenue in the world and the ninth largest employer in the United States (341,000).

What do the newspapers say this means specifically for Australian retail?

A quick review of the media over the last few weeks highlights the challenge:

In a News.com article they reported that American shopping centres are closing fast. So are the big anchor tenant department stores. The big name department stores like Macy’s, JC Penney and Sears are collapsing.

In the article they reported on what can Australian shopping centres can do to avoid falling into the abyss. The article suggested  lowering their dependency on similar ‘at risk’ anchor tenants.

I’d agree with this conclusion: ‘The next big idea for shopping centres is to offer experiences not just goods. Amazon sells stuff you can get delivered to your door. But experiences — haircuts and massages; meals and movies — are still things people want to meet in person for’.

The Sydney Morning Herald reported that Reece Birtles, chief investment officer of Martin Currie Australia, says the entry of online retailer Amazon in Australia could boost the domestic retail sector instead of being a “doomsday scenario”. Reece said,

“It’s clear that some hedge funds have been shorting discretionary retailers such as JB Hi-Fi (JBH) and Harvey Norman (HVN) since the market became aware of Amazon’s Australia strategy to open distribution centres later this year,”

Yet in the same newspaper another article suggested that the arrival of Amazon to Australia ‘is likely to have a big impact on other online retailers: if they are not competitive they could perish, according to retail expert Michael Bate, the head of retail at Colliers International.

He said, “Amazon will hurt the other groups, such as Kogan and Catch of the Day, among many others if these sites can’t keep up the traffic. Categories that are likely to take far longer are dry goods, fresh food, and auto parts, given the challenged economics of operating the delivery model and higher initial capex required to undertake distribution.”

The Daily Telegraph reported that Kmart (part of the Wesfarmers conglomerate along with Target) recently reported revenue of $2.99 billion in the six months to December 31. Their managing director Ian Bailey says they will permanently drop the prices of 320 products across their 217 stores. It is not clear if this is a pre-emptive step, but it is significant.

The Australian headline ‘Amazon poses ‘profound’ threat to Australia’s retailers’ caught my eye. In the piece it reported on Morgan Stanley’s report ‘The Amazon effect in Australia’ that says ‘the online giant’s arrival will have a ‘profound’ impact on the nation’s $300 billion retail sector. With department stores “the one category to avoid” by investors’.

The Morgan Stanley report warned more than $800 million in earnings could be stripped from chains such as JB Hi-Fi, Harvey Norman and Myer. So handing Australian investors even more ammunition to shoot holes in the valuations of the nation’s biggest retailers over the entry of Amazon.

In the Morgan Stanley research, they argue that Amazon ‘will generate as much as $12 billion in sales by 2026’. With famous name department stores such as Myer and David Jones looking far more in danger than specialty retailers.

Morgan Stanley believe that while Wesfarmers will be the major loser in terms of lost earnings. Woolworths will lose $92m, Harvey Norman $86m and Myer $55m and JB Hi-Fi 96m. All lost into Amazon’s coffers.

In Lifehacker an article reported on the plans for the online retail marketplace Catch Group.

Recently rebranded Catch of the Day has grown from a daily deals site into one of the largest online retailers in the country. They are already shipping over 10,000 products each day. Their Club Catch program, which offers free shipping of orders worth more than $50. They have about 75,000 members and are adding another 2,000 each week.

In the article Catch Group CEO Gabby Leibovich commented. In preparation for Amazon’s entry, they plan to add around 300 new retailers. This will expand the product portfolio from 30,000 products to two million.

When it comes to Amazon, Leibovich said “Any article you read about retail for the next two years is going to mention Amazon. The way I look at it, the Australian consumer is buying the same amount of products this year as they bought last year. It’s just a shift a shift between all of us retailers. But what Amazon will do is help the market grow. It’s currently growing at 7% but I’d really like to see it at 15% or even higher”.

Another report in a trade magazine Appliance Retailer looked at the report by Deloitte Access Economics partner and David Rumbens. He said, “An effective omni channel strategy, as well as strong brand equity and excellent customer service will be crucial to keeping shoppers where retailers want them. Prices will get squeezed as Amazon has so much scale to absorb very low margins in most of its products. The bigger the retailer, the more a threat Amazon’s entry will be. But on the other hand, small players have a chance to thrive by leveraging Amazon’s role as a consolidated marketplace.”

Finally, an intriguing is the article in Border Mail. Here Myer boss Richard Umbers has hit back at claims that Amazon will ‘devastate its business’. Umbers says because it is as yet not clear what Amazon will offer in Australia that the market was calling the imminent demise of Myer in an information “vacuum”.

“There’s a new kid on the block and he’s a big kid,” he said. “What isn’t clear yet is the nature of their offer here, the timing, the extent of their business distribution. So I think it’s a fairly bold leap to make some of the conclusions that have been made in the marketplace.

So how can retail survive if not thrive

Amazon is a shark. Probably the biggest Great White in the market. Great Whites like these can smell blood in the water (12,400) kilometres away. They will see negativity as an opportunity. They will attack weaker Targets (pun intended.)

To invest in a strategy that can accommodate Amazon, businesses must have investors and staff onside and believing in this optimistic future.

That strategy should be based on a value proposition that is remarkably different from the one offered by Amazon in customers minds. That means a focus on the positioning of the brand. Ask yourself ‘what do you want to be thought of in your consumers’ minds’.

Once that strategy is set in stone it must be executed with excellence: the customer experience, online or offline, must be a great one.

To do that brands must use data to even better understand who buys what, when, where, and (most crucially) why. Timely and relevant business / market intelligence will be critical.

Competing against Amazon might not be the only strategy. 50% of the products on offer are from other merchants. So use the selling platform. Tack with the wind.

Online retail sales are only 7.2% of all sales in Australia at the moment (growing at 10% p.a.) so there is a way to go before they hit the current 15% they are in the US and UK.

That said, that is an average and it is higher in some categories than others. There are few general book / DVD / CD / games stores left in those markets. The shark ate them all.

It isn’t all doom and gloom. There are things that can be done. But burying your (business) head in the sand is not an option.

Talk to someone that understands the threat and has the experience and expertise to support you.